Doris Miller was a US Navy cook in World War II. He was the first black American to be awarded the Navy Cross,  the highest decoration for valor in combat after the Medal of Honor.

This month’s rucking challenge will honor the exploits of Doris Miller, which you should totally read about here.

Miller was on board the battleship West Virginia when Pearl Harbor was attacked on December 7, 1941. The first mile of the challenge is to be rucked as fast as possible to remember the speed at which chaos descended on pearl harbor.

Miller’s battle station was destroyed by a torpedo, so he reported to “time square” where he was assigned to assist in moving the ship’s Captain, who had been gravely injured. Add extra weight (preferably a sandbag if you have one, but extra weight in the ruck is ok too) and ruck one mile to remember the weight Miller carried to help serve his wounded captain.

After assisting the captain, Miller was instructed to assist in loading the .50 Cal anti-aircraft machine guns. Instead of loading the gun, Miller grabbed them and began firing at incoming enemy aircrafts. He manned the gun until it was out of ammunition. Take your ruck off and perform 100 overhead presses (adjustment options below) to remember the taxing effort put forward in manning the .50 Cal guns.

Once out of ammunition, Miller then gave his strength and energy to carry wounded sailors to the quarterdeck, undoubtedly saving many men’s lives. Put your ruck back on and ruck 2 more miles under the extra weight to remember the numerous trips Miller took to carry his injured shipmates to safety.

Bonus: Go home and cook some food, remembering that Miller was “just” a cook.

Weight is rucker’s choice. Pace is as fast as possible.

It is recommended that you use a sandbag for the extra weight as this is most like buddy-carrying an injured person.

If you don’t have a sandbag available, simply add more weight into your ruck.

Ruck Clubs: We recommend rotating one or more persons for casualty carries.

The goal here is to smoke your arms.
Lessen the reps as is appropriate for your fitness level.
Push-ups are an acceptable substitution if you want.

For the final two miles, see the “Extra Weight” notes above. 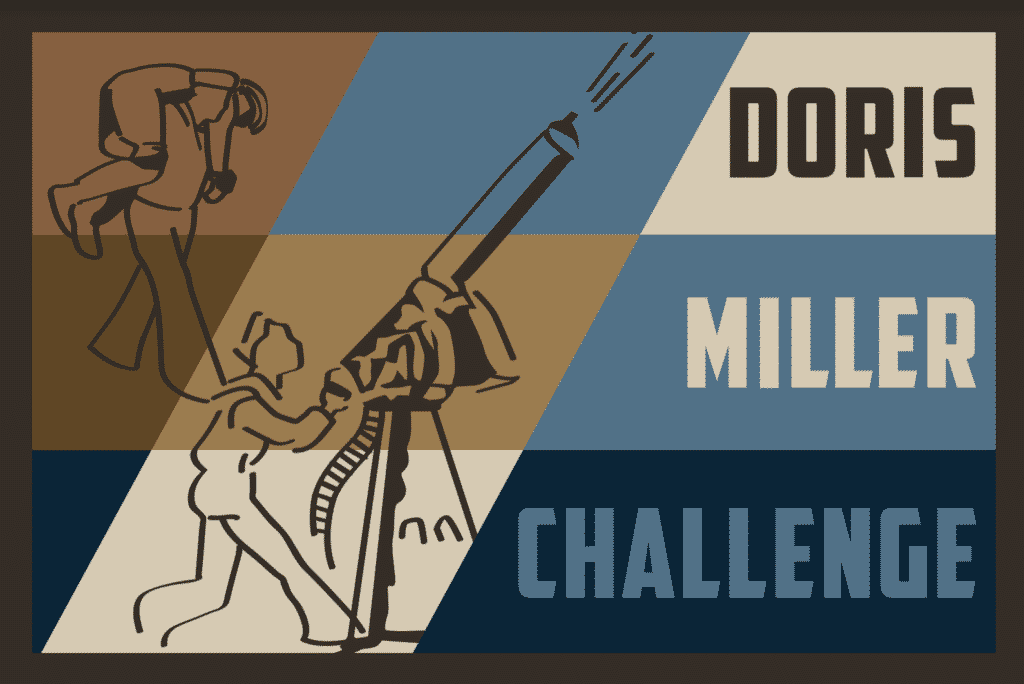 5. What if my Ruck Club wants to do this challenge?
Cool! Just make sure you keep that social distance! If you want to make a bulk order, email us (see Q8).

10. When do I get my patch?
It should be in your mailbox in late November or within 5 business days after you order (if you order in February). Time may be longer for international customers.

11. What about International folks?
We ship patches internationally at no additional cost.